Looking Back at Unique F-150 Models

With so many unique models on offer, it can be difficult to narrow down your choices next time you’re browsing your local Ford F-150 dealer.

Take a second to check out this 23 Bronco Sport Heritage Limited!  
Dressed in Yellowstone Yellow
Ready to go from our showroom to your driveway.

Come talk to some one about a 2023 F Series truck with us today!

Why the Ford Escape Is the Best Compact SUV

Why the Ford Escape Is the Best Compact SUV. 😄

We have a Bronco Sport Heritage in blue available! Check out that color!

Needing a 3rd row? Look no further then this 2020 Hyundai Palisade Limited ready to go!

Curious on Battery Electric Vehicles?
Send us a message to talk to someone about a BEV today!

2023 Ford Escape Buyer’s Guide: Everything You Need to Know

2023 Ford Escape Buyer’s Guide: Everything You Need to Know. 😄

If you are looking for a Ford Escape for sale, at Kings Ford in Cincinnati, we have the full lineup of Ford models, including the 2023 Escape.

A big thanks to Jay and Avery for flying in all the way from California to buy a 2020 GT!
We are not just the cheapest in the area, but sometimes the country 😎

2021 Tesla Model Y Long Range
Call and speak with someone about getting into an EV today!

Are We in the Twilight of Gas-Powered Trucks?

Are We in the Twilight of Gas-Powered Trucks? 🤔

These days, trucks are just as popular as ever, and models like the 2023 Ford F-150 continue as part of a legacy that goes back more than 100 years.

What’s a better way to start the New Year off than getting a BRONCO?
Available now.

Can the Ford Mach-E Dethrone the Tesla Model Y for the EV Crown?

Can the Ford Mach-E Dethrone the Tesla Model Y for the EV Crown? 😄

Before you visit your local Ford Mach-E dealer, let's take this opportunity to compare this EV with another popular model, the Tesla Model Y.

Check out Eruption Green on the 2023 Ranger! Our sales department is open until 2:00pm today!
Everyone have a safe and Happy Holiday!

Battle of the Midsize Sedans: The 2020 Ford Fusion vs 2021 Nissan Altima

In boxing and in life, sometimes it’s just not a fair fight. Such is the case with the 2020 Ford Fusion vs 2021 Nissan Altima.

Just in time for the holidays we have a brand new Mustang Mach-E premium EX range AWD available today. 🎄

The 2023 Ford Expedition is a full-sized SUV and is the largest SUV. Large and luxury seem to go hand in hand, as the Platinum trim demonstrates.

Ready for a dream to meet your driveway?  Three mustangs ready to go under the tree! 🎄🎁

Have a safe an Happy Holidays from us at Kings Ford!

Check out this Jeep with some slight modifications ready to go!

As your Ford Mach-E dealer, we know that Ford riled the fury of a good number of auto purists when it announced that it was creating an electric Mustang.

Check out this Magma Red, pre-owned F150
XLT with a panoramic roof!

Imagine buying a factory-built off-road vehicle that’s fully equipped to hit the trail. With the 2022 Ford Bronco, that’s an option.

This 2022 pre-owned Ranger TREMOR
Is ready for your driveway. 😎

Check out this TREMOR F250!
For sale now.

Supplier pricing on new Fords!
Going on all weekend long. Need more space to do your Christmas shopping ? Come check out a new SUV with us today.

Skip the Crowds! How Ford & Others Are Changing the Car Buying Game with Custom Ordering

Skip the Crowds! How Ford & Others Are Changing the Car Buying Game with Custom Ordering. 😎

You’re now able to order a new Ford and have it custom-tailored to your specifications, all without setting foot on a dealership lot, so here’s how it works. Looking for a new truck ?
Let’s take the hassle out of buying a vehicle
An get you into this barley used F150.
Go ahead, message us today.

Looking for something to put in the drive way for Christmas? 🎁
Come check us out and one of the biggest selections of ROCKY RIDGE F150s in the Midwest!

Be the first to know and let us send you an email when Kings Ford Inc. posts news and promotions. Your email address will not be used for any other purpose, and you can unsubscribe at any time.

🚨Take a peak at this bronco sport big bend Available now and on the lot for sale 🚨 Message us today!

Check out this escape 😎😎😎 we’re open till 6 pm today have a safe weekend!! 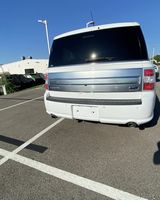 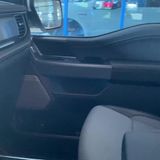 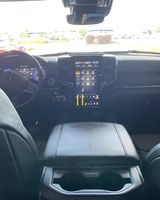 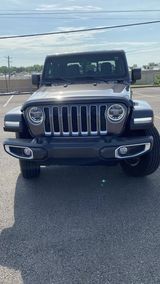 Just off the truck a Atlas blue GT with black accent package and active valve exhaust Ready for her new home! 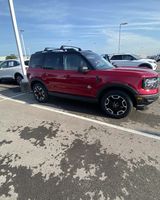 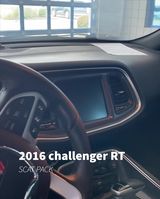 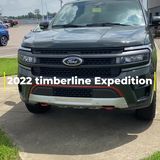 This 2022 timberline expedition won’t last long ! Check out the redesign

Take a sec to check out this custom F250.

No need to adjust your screen that space white color is out of this world ! Take a peek at this RR F150 Schedule a test drive with us today !

☢️ CODE ORANGE RAPTOR ☢️ Just in an Sitting on the showroom today ready to go ! Come see us an check it out ! 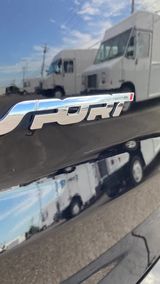 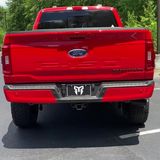 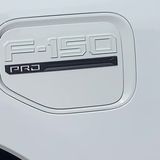 Take a look at our lighting pro ! Now available to view. ⚡️⚡️⚡️

Other Car dealerships in Cincinnati

I love my truck. It's fun to drive, just less fun with the fuel prices thanks to our elected circus.
Ryan helped me buy my BRONCO! Go see
him.....He actually knows all the details about the cars/trucks.
Thanks Ryan!!
Shout to Trisha and the service team for their perseverance in tackling a pesky water pump fluid leak on my low mileage 2005 Ford Freestyle! Much appreciated!
La Mega Bolsa de Trabajo 💼 : Consultor de Ventas de Autos

Información detallada aquí --> https://cincinnati.lamegamedia.com/empleos/empleado/id/651
We had a great experience at Kings Ford. Was looking for a specific vehicle and they had it in stock. The staff was professional and extremely helpful. We love our new F150. Bryan was awesome to work with and would highly recommend him!!!
Do you still take time to slow down and enjoy the little things? What does your snowman look like? Make sure to check out all the Ford Motor Company details! Maybe a friendly Ford Dealer challenge? Lebanon Ford Beau Townsend Ford Lincoln Interstate Ford - Miamisburg, OH Dave Arbogast Ford Kings Ford Inc. Mike Castrucci Ford in Milford Germain Ford Roush Ford Krieger Ford Ricart Ford Dick Masheter Ford Mathews Ford Newark Beechmont Ford
Might want to have someone proof check prices before posting on website.

Sucks but even if it’s a lost you all should sell to the listed price.
Don't buy a car here no even answers any phone number you call. so think about how bad buying a car from them would be.
Normally I do not post much on business sites, ok never, but I felt my recent experience at Kings Ford warranted some public comment.
I took my 07 Mustang Shelby GT to Kings Ford for some not so simple items the specifics of which are unimportant to this story.
I was treated with the utmost respect from the moment I walked into the dealership until I left. I was made to feel as though my car was the only one there and that they would treat it as if were their own. Their schedule was jammed and I was under a deadline due to an upcoming trip. Theresa in the service department told me to drop it off if I could and they would try to squeeze it in. Within a couple of hours of dropping it off I received a call that it was done. The call was from Theresa telling me every detail as to what had been done and how it was done. When I went to pick my car the pleasant experience continued all the way to the cashier.
Confession - this was not the first place I took my Mustang for this specific work, another Ford dealer in the area treated me as if I had no idea what I was talking about and that I was somehow interupting the important work they were doing elsewhere.
Bottom line - I'm a FORD guy have been for nearly 50 years and from now on Kings Ford is my dealership.
Thanks KINGS FORD
Love my Fords!!!
Please join us in congratulating Kings Ford Inc. on their 40th anniversary as the premier source for ‘everything Ford’ in the greater Cincinnati area. On behalf of the entire Wikimotive team, we wish you all-the-best on this special anniversary, and many more years of continued success! 🎉 🎂
I am not trying to he like, "Can I speak to your manager?" Level but my car has been there since Tuesday and I know you guys are busy but I called yesterday to see if anyone had looked at it. I tried to call again and was on hold for like 15 minutes. I also left a VM with Trisha which is my contact person. Can someone please just call me to let me know if someone had even looked at my car. Like that is all I want to know.
Bought my daughter a car for upcoming college year. Kings was awesome to work with, stood behind their used cars and valued us as a customer. Will definitely use Kings automotive group again!
I just bought a car from Kings Ford Saturday and and Hayden Johnson and Kings Ford came through for me and even after the fact with some issues that have come up. What’s more important is that my daughter and my nephew, Carol and Michael, came to Kings Ford tonight and came home with new cars themselves! They worked with us and with them and Hayden couldn’t have been anymore helpful and supportive than what he’s been already... maybe throw in some Ford hats!! 😁😁 thank you so much for making these kids smile!!! ❤️❤️❤️
x

Other Car dealerships in Cincinnati (show all)