We are here to service all paint and body shop needs! We're confident you will find everything you need with us!

Our company name is focused on honest, high-quality service, and customer satisfaction - we will do everything we can to meet and exceed your expectations!

Our company name is focused on honest, high-quality service, and customer satisfaction - we will do everything we can to meet and exceed your expectations!

“It is finished. Father into your hands I commit my Spirit”

Thank you to our friends at Truth and Nails!

Fabrication side. Jim Alex brings out the artist side of the business. Always an awesome job

Mechanics side. This one’s a beauty. ( The car, not Tony lol although he has great hair!)

Mechanics side… Tony and Jackson. You won’t find a better team! Awesome guys and we’re blessed to have them.

She’s coming along pretty good! From our fabrication side.

New Business cards with our new location. Thanks 580 Graphics!

Come be a part of our team at Damascus Road Restoration and Collision. We are hiring for all positions in the body shop. From entry level positions that we will train to more advanced and experienced Auto Body Technicians and Painters.

We offer competitive wages and pay is based on experience.

To our Damascus Road Family and Friends,

I will post arrangements later today once they are complete.

God Bless you all and thank you for your prayers. First job in the new booth!

Rogelio Vazquez in the booth.

Tomorrow will be our last day at our current location.

Our offices will be closed on New Years Eve. We will reopen on Monday Jan 3rd at our new location:

Please excuse our mess during this transition. We look forward to seeing everyone in the New Year at our New Shop. The cars on our restoration side at the new location.

We will be moving to our new location!!

Our new address will be:

Front Porch is coming along nicely at the new shop location. Pictures can’t do it Justice! It’s beautiful 🙂

Concrete work by Corey Miller and his crew. Thank you Corey for bringing Steve’s vision to life! Awesome, awesome work!

We hope everyone has a Happy and Blessed Thanksgiving! 💛

Do I hear “ Roll Tide” anywhere?

A few pictures of the process along the way on the complete restoration of this beauty. Owned by
Robert Ralston of Unionville TN and completely restored by Damascus Road Restoration and Collision, Shelbyville TN

A beauty 4 years in the making. A full restoration job bringing her back to her original glory.

Robert Ralston, thank you for your trust in Damascus Road Restoration and Collison in restoring a car that has been in your family for generations. We appreciate your business and your friendship.

We’re looking for an experienced Auto Body Technician and Fabricator. If interested please call our office at 931-684-7068 or come by between 9 am and 5 pm Monday thru Friday at 206 Anthony Ln. Shelbyville.

All new suspension, wiring and lighting done by our boys on our Restoration side.

Buff, Wax and Detail by our Mirror Man, Ro

Tad Craig with Craig and Wheeler, it has been a pleasure working with you our friend! Enjoy your ride.

So much excitement! New paint booth at the new location! Thankful to the ones who believe in us and are on this journey with us.

Damascus Road Restoration and Collision will be taking items for the people affected by the flooding in Waverly, TN.

If you would like to donate please drop any items off at Damascus Road Restoration and Collision, 206 Anthony Ln Shelbyville TN.

They are in need of all baby items such as diapers, wipes, bottles, formula etc.

Items for the elderly such as Depends, Ensure, Denture cleaner etc.

Pet Food and pet items for their fur babies as well.

I will be taking the donations later this week. Please, if you can give any items during this difficult time for this small community it would be greatly appreciated.

Many thanks and much love,

Our Part Time / PRN position has been filled. Thank you to everyone who has applied. I will keep your applications on file should something come available in the future. A few more pictures from the Cruise In.

This was at the end of the night and most of our Damascus Road family had either left or were running around. I wish we had gotten more pictures with everyone.

It was a great night and we couldn’t have done it without each person on the team. We are so very thankful.

Be the first to know and let us send you an email when Damascus Road Restoration & Collision posts news and promotions. Your email address will not be used for any other purpose, and you can unsubscribe at any time. 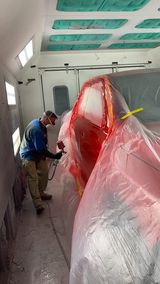 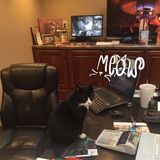 Other Automotive Restoration in Shelbyville

The BEST body shop around excellent work, work ethic and committed to GOD and helping others......
Good people good work honesty counts.
Damascus Road is a Christian based company wich is hard to find nowadays. They do excellent collision repair and restoration of classic cars and restoration of men's life that need a hand up and a fresh start.....They have a great office staff and a great group of guys In the back...
They do an awesome job and wonderful people to deal with.
x

Other Automotive Restoration in Shelbyville (show all)