Used Car World has been in business over 20 years, proudly serving the Pittsburgh Community. We specialize in buy here/pay here financing.

The Sweet 16 is set! Want to know what else is sweet? The used car deals at Used Car World! While you wait for the games tomorrow, take advantage of our CARFAX March Mania Sales Event. 🚗 🦊 ❤️ 🏀

Don’t let big upsets get you down – head to Used Car World for a pick-me-up (and maybe a pickup truck). Every used car comes with a free CARFAX report! 🚗 🦊 ❤️

There are lots of great matchups during the tourney, but none better than you and the CARFAX March Mania Sales Event! Head to Used Car World to find the best used car deals. 🚗 🏀

It’s the final day of our Presidents Day Weekend Sales event, so find your dream car at Used Car World! Buy the car you want and drive the road you want, backed by CARFAX. ❤️ 🚗 🦊

There’s still time to take advantage of our Presidents Day Weekend Sales Event! From now through Sunday, stop by Used Car World for our unbeatable deals and selection and get a free CARFAX report every time! 🚗❤️

Are you ready for some winter adventures? Check out our selections during the Show Me The CARFAX Presidents Day Sales Event now through Monday! ⛰️ ⛷️ 🚗

Today’s the day! Our Show Me The CARFAX Presidents Day Weekend Sales Event starts now. The early bird gets the worm (or the best car)! 😉 🚗

Tomorrow is the big day! The Show Me The CARFAX President’s Day Sales Event starts at Used Car World. Head on over to find the best used car deals all weekend long! 🚘🦊

Less than a week until the Presidents Day Sales event! Head to Used Car World and receive a free CARFAX report to back your buy! 🚘🦊

Skiers and snowboarders may disagree on a lot of things, but a great used car is not one of them. Don’t let your car stop you from getting to the slopes this winter. CAR FOX wants to remind you to bring your car to Used Car World for a servicing appointment today 🏔️🏂⛷️

Have your choice of winter adventure with a great deal on a used car at Used Car World! Don’t let your car stop you from getting to where you want to be this winter. Get a free CARFAX report to ensure you’re making the best purchase 🏂 🌲 🏔️

Whether you prefer slopes, trails, or rinks, a great used car can get you where you want to go this winter. Head to Used Car World to find the best deals and a free CARFAX report! 🏔️⛸️⛷️

Much like a snowflake, every used car is unique. At Used Car World, you will receive a complimentary CARFAX report with every vehicle purchase to ensure you have the best data to back up your buy. 🚗❄️🦊

This winter, head to Used Car World to find the best used car deals. A well-maintained car goes a long way during your winter adventures and CARFAX reports can help you get the most bang for your buck! 🌲🏔️🚗

At Used Car World, CAR FOX can find the highest quality one-owner, used vehicles for the best price. It’s time to gear up for some winter fun! 🚗❄️

A well-maintained car is crucial for winter adventures and CARFAX is here to help remind you when your car needs servicing. Head to Used Car World to get a service appointment today! 🌲🏔️🚗

A beautiful fall day, a pre-owned car from Used Car World, and a cup of coffee. Is this what perfection is?

When you purchase a CARFAX Great Value used car from Used Car World you get a great deal AND a great car too.

Time to get moving! Our "Show me the CARFAX" Black Friday Sale is finally here.

Do you need us to schedule your wake up call? Tomorrow the fun starts!

While you put the final touches on your Thanksgiving plans, just a reminder for you: for desert on Friday, we have prepared an amazing "Show me the CARFAX" Black Friday Sale!

Never a need to worry, all our used cars come with a free CARFAX Vehicle History Report.

We make the buying process a joy. Every used car at Used Car World always comes with a free CARFAX Vehicle History Report!

We hope you've got all your Thanksgiving plans made. Now what about Friday? Here's a thought: treat yourself to something special this Black Friday!

Sunday is often seen as a day for rest and relaxation. But with our "Show me the CARFAX" Black Friday Sale coming up this week, we're hard at work to get you the best pre-owned car selection!

When you want to see all the colors of fall, where do you go?

See that wonderful smile? You'll see a lot more like that when you visit Used Car World for our upcoming "Show me the CARFAX" Black Friday Sale!

Sleep now, save soon! Our "Show me the CARFAX" Black Friday Sale is next Friday!

Set your clock now! Our "Show me the CARFAX" Black Friday sales event is only a week away!

Visit our website at www.usedcarworldpa.com for our complete inventory of cars, trucks, vans, and SUVs! Challenged credit? No problem - apply today - we can help and even offer buy here pay here options for good people with bad credit. Used Car World of Saw Mill Run 2351 Saw Mill Run Blvd Pittsburgh, PA 15210 **$500 plus tax and tags down payment is for qualifying customers. (Average down payment is $700 plus tax and tags) ***APR ranges from 4% to 21% depending on depending on customer qualification. Payment amounts are calculated based on cost of vehicle, interest rate and time period of loan. Payments vary depending upon those items. Listed prices do not include finance charges, tax, title, tags and fees. For more information see our website***

Be the first to know and let us send you an email when Used Car World posts news and promotions. Your email address will not be used for any other purpose, and you can unsubscribe at any time.

Don't miss out on these deals 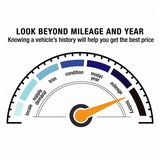 Other Car dealerships in Pittsburgh