Arlington Toyota - we're family-owned since 1983, and maintain an A+ rating with the Better Business Bureau Our extensive inventory of new Toyota cars makes this your one-stop shop for all your Toyota needs. Whether you’re looking to buy, lease, finance, or service your Toyota, we have everything right here at Arlington Toyota. Our large inventory features the 2018 & 2019 Toyota Camry, the 2018 &

Arlington Toyota - we're family-owned since 1983, and maintain an A+ rating with the Better Business Bureau Our extensive inventory of new Toyota cars makes this your one-stop shop for all your Toyota needs. Whether you’re looking to buy, lease, finance, or service your Toyota, we have everything right here at Arlington Toyota. Our large inventory features the 2018 & 2019 Toyota Camry, the 2018 &

Looking for a Toyota pickup that has an increased quality in drive?
Well, look no further because we have the perfect ride for you!

At Arlington Toyota, we have a new 2022 Toyota Tundra 2WD SR truck.

Reserve it today with the link below:
www.toyotaarlington.com

Get the sturdy and powerful 2022 Toyota Tacoma TODAY!

We have this new pickup ready when you are at Arlington Toyota. No waiting necessary!

Just visit www.toyotaarlington.com or come to our dealership on North Rand Road.

A vehicle that will enable you to drive with not only style but peace of mind.

Visit bit.ly/toyotacamry2023 to reserve it TODAY!

To learn more, visit our dealership or website at www.toyotaarlington.com, and we'll help you see if it's the right fit.

Is your vehicle damaged?
Get it back to its pre-accident state by visiting our Collision Center!

We are open this at Arlington Toyota in ! Normal sales hours from 9 to 5 PM come through! Our Arlington Toyota Collision Center is ready to handle your vehicle's scraps and bruises! Come through this week to see what we're all about.
.
.
. Do you know what services your brings you? Ask our service advisors if your unsure when you're due for your next service appointment!

Why choose Arlington in for your next oil change? Expertly trained service technicians who know your vehicle, Toyota or not!

Utilize our Vehicle Exchange Program here at Arlington Toyota to get the car you want!

Happy Mother's Day to all the moms in our community! Get all this and more with our certified used vehicles at Arlington Toyota this weekend!

We sell all your intergalactic travel needs!

Have you had your vehicle serviced recently? Get it done by the best in the area! Check out all of our services to see what you need.

Reserve your new before they're gone! Reserve today at toyotaarlington.com or with an associate in store!

We have 56 bays ready to take care of your vehicle's service needs!

Cars are available today to take home now at Arlington Toyota! Search for yours at toyotaarlington.com for all available inventory on the lot today.

Every car we service comes with a free CARFAX report for life!

Our lineup of car care products include all your favorites! Spring cleaning is here and that means for your car too from Arlington Toyota!

Happy from our team here at Arlington Toyota in Palatine.

If your battery isn't working as great as it should anymore, check to see if its under our 84 month or 60 month service warranty at Arlington Toyota today.

Our dealership is proud to boast a team of experienced technicians that can handle your repair needs or basic Factory Scheduled Maintenance. Bring your car to us, and we’ll take the time to thoroughly inspect it and recommend the best auto services to keep it in pristine condition.

Keep your eyes open for when we get these on our dealership lot!

Why Here at Arlington ? With a wide selection of parts, a full array of cutting-edge equipment, and a highly knowledgeable, highly skilled Toyota team, it’s easy to see the of getting the work you need done here at Arlington Toyota.

Be the first to know and let us send you an email when Arlington Toyota posts news and promotions. Your email address will not be used for any other purpose, and you can unsubscribe at any time.

Send a message to Arlington Toyota:

Arlington Toyota is hiring! We want to help you build your career in automotive collision repair here! Find out more at https://www.toyotaarlington.com/toyota-collision-specialists-in-palatine-il. 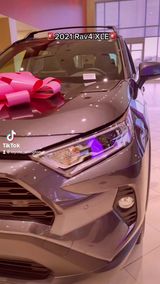 Do you know what to expect at Arlington Toyota Service Center? Watch this video to find out more! #palatineillinois #toyota #vehicleservice 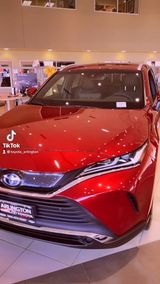 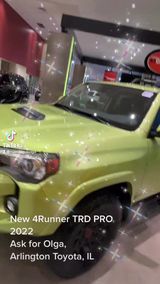 Arlington Toyota Welcome to Our Family 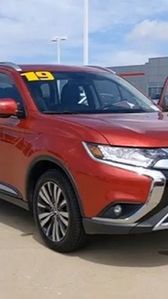 Arlington Toyota Sales Department is keeping you safe during COVID-19 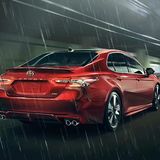 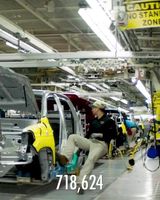 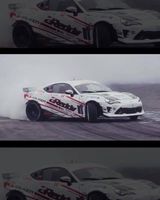 Arlington Toyota is a family-owned, well-established franchise automotive retailer and it is the dealership’s goal to help our customers feel like they are part of our family.

Other Car dealerships in Palatine

Does anyone happen to have the phone number for the company that you call when you buy the package that includes key replacement? I lost my car key and can’t find the brochure and wasn’t able to get through to anyone at the dealership.
Their after sale support is so bad esp. Amin Lakania!!!
Never buy car here! Bad Experience and I will guarantee you will have the same experience if you do business with them. Especially dealing with Amin Lakania!!!
Poor service and faulty cars, I bought a used car and it broke down the next day and they dont want to exchange it, they get agressive to not help you and they don't give solutions to the problem. They say take me to court if you want 😞 I thought it was safer to buy there in a important Toyota dealer but no
Hey everyone, just wanted to throw this out there for any future issues with your vehicles but I strongly suggest NOT going to NorthSide Toyota on 6042 N Western Ave, Chicago, Illinois. I bought my car there with 7Miles and about a year and 7 months later still under 20K miles my engine blows and I bring it back to them and they kept telling my warranty is “Voided” because I didn’t maintain it and had the original filter, after I offered to bring back proof of multiple changes they told me my aftermarket exhaust was voiding it. After I told them I have the factory one and would switch it back they told me they wouldn’t work on it. Besides how rude the man was the service was very slow
Toyota is no better than our current twitter president. They will tell you what you want to hear, charge you for what they tell you and then plead ignorance when you attempt to use your warranty. I will NEVER do business with them again, an you can bet the next car I purchase (in December) will not be a TOYOTA product. Funny enough... they trash talk all the other mfg when they are worse than they are.
I have yet to experience a smooth transaction through Arlington Toyota in Palatine. Conveniently, once the money is in their hands...... customer service seems to fail tremendously.
On Friday 11/16/18 I took my car in for service. When it was ready I found that not only did they not latch the hood but there was a problem that developed in trying to get it to work. The hood latched easily before I brought it in. The mechanic who worked on the car didn't notice if was latched down or not nor did the runner who brought my car around to me. If I had not walked around the front of the car I could have driven off and the hood would have flown up. Toyota's careless could have caused injury to me or death if I was on the highway. I have tried several times to contact a manager and left numerous messages but no one wants to call me back. I will not return for additional service on my Rav4 nor will I go to this dealership to buy my next car.
Your online information on the 2019 Toyota RAV4 MPG is for the 2018 model. The mileage for the 2019 model hasn't been released yet.
My Mom needed a tow and battery. She was talked into getting brakes. Later she was called that the tires had locks that they could not get off to replace brakes. They did a brake flushing instead. How did they know she needed brakes if they could not see inside and how did they adequately do a brake flushing without being able to take the tires off. I believe they took advantage of my 84 year old mother and that it was a scam so the mechanic, Miguel, would get more commission money from selling her services she did not need. Turns out she did not need brakes at all. Would not trust bringing my Rav to any Toyota dealer after this experience. I gave them a chance to make this right before writing reviews. I called corporate, talked to the Arlington Toyota rep, John Pitchford, and the only response from him was that Miguel was on vacation. Never heard anything else. Terrible to take advantage of a senior this way.
Hello Arlington Toyota, We are a leading manufacturer, exporter, distributor, trader and supplier of Toyota Integrated Navigation from Shenzhen, Guangdong, China. Being made of high-quality raw material and modern technology, the offered product is highly appreciated by our customers for its appearance, performance, and durability.
www.incarnavi.com www.astral-elec.com
[email protected]
SERIOUS PROBLEMS 2018 HYBRID CAMRY - dealership won't respond...

Today is the 3rd day since I sent this request below for help, to my sales rep Sam and the President, Gary Vicari.

In the past 2 weeks some bizarre things have happened with our car;

• I was sitting in a parking lot at 4:45am and had my heater at 76, it began blowing cold air. Turned it to 80, still cold. This was not during our current freezing spell, it was around 20 degrees at the time.

• We have a rattling noise in the driver’s door, sounds like something rolls back and forth when stopping and starting.

• There is water leaking somehow into the same door. We had it pooling in the arm rest well. This again was before the cold spell.

• I’ve twice had the brakes suddenly lock up when braking slowly. Both occurred when pulling into a parking space with my foot on the brake, the car slammed to a stop, like I was hitting them when in an emergency situation.

• A couple days ago I threw my gym bag into the back seat, the key was in the bag. When I closed the back door, the car beeped and locked all the doors! It happened at home, so I got Wendy’s keys and opened it. That is really disturbing. What if it occurs when she’s out of town or I’m somewhere without access to another set? I thought these vehicles didn’t allow that to happen (Lexus worked this way).

• New Year’s Eve, we’re sitting in our living room and hear a bang. I go in the garage and the trunk has popped open. Aside from us wondering if someone was trying to break into the house, what would cause that to happen, randomly?

Obviously, the car needs to be looked at. I’d like to drop it off and need a vehicle to drive, as well.

Please let me know when this can be addressed.

Other Car dealerships in Palatine (show all)