JoesRA is a family-owned and operated towing and roadside assistance company, proudly serving the Flathead Valley and surrounding areas. Call (406)8905586

We offer tow, haul or transport services for 20' and 40' cargo containers, implement equipment, fifth wheel or gooseneck RV trailers, motorhomes and classic cars.
Towing light and medium duty conventional cars trucks and SUVs and we remove your junk or abandoned vehicles free of charge.
If you need it moved, we make it happen.

Some easy, some not so much.
Thanks goes out to Dirk of Done Right Towing for the referral and assist on the rock truck recovery, that was a good time.

We are located on Morning View in Smith Valley. Just take a left at the old blue tow truck. 😉

There are multiple semi-trucks blown over outside of Browning right now. As we head into tonight and tomorrow morning, the wind is going to be getting even stronger, so please use extreme caution if you are traveling in a high-profile vehicle or if you are traveling with a trailer. #mtwx

We recovered a truck from Lake Mcdonald in Glacier Park this week. As the weather changes, be extra cautious of black ice, even in familiar places.

Currently hiring wrecker, rollback operators, service providers. One year experience required please call 406-890-5586 or send your resume to [email protected]. thanks to all who apply in advance. We look forward to meeting you.

Today is our Flathead county annual Tow Truck inspection. It is really quite awesome to see all of the companies come together in one location to prove their commitment to safety and regulation.
Located at the West Kalispell weigh scale near Batavia. Drive on by!

Montana was the 41st state to be admitted into the Union on November 8th, 1889. Happy 132nd Birthday Montana!
Check out this link for some interesting state facts: https://www.50states.com/facts/montana.htm

Northern lights seen from the tow yard this week.

Not a bad view from the office today 😉

The North Fork is in full fall 🍁🍂

The best part of our job are the people we meet 😃

Exactly 88 years ago today, a dedication ceremony was held at Logan Pass on July 15 to celebrate the recently completed construction of the Going-to-the-Sun Road, an engineering feat.

The full length of the Road had officially opened to the public four days earlier, on July 11, 1933, allowing automobile tourists to access Glacier’s high country as they traveled through the park.

For the dedication festivities, park cooks prepared a chili lunch for 2,500 people, but ran out of food when over 4,000 actually showed up. Various dignitaries from the US and Canada spoke at the ceremony, including politicians and representatives of the National Park Service, Bureau of Public Roads, Montana State Highway Commission, and the Blackfeet, Salish, and Kootenai tribes. Glacier superintendent E. T. Scoyen read a letter from NPS Director Horace Albright that stated in part, “Let there be no competition of other roads with Going-to-the-Sun Highway. It should stand supreme and alone.”

This photo taken by George A. Grant on July 15, 1933, shows the crowds of people gathering to watch the ceremony. #ThrowbackThursday

Nothing like a 20 hour round trip tow to drop off a brand new Infiniti QX60.

Seeking an experienced tow truck operator to join our team working out of Kalispell, serving NW Montana. We are looking for a quick learner who can work independently, has a clean driving record, and is able to pass a background check. The position requires someone who is mechanically minded and has atleast one year tow truck experience. Common sense, good judgment, morals, manners, and ethics are mandatory.
We pay a weekly salary plus commission, along with the opportunity to earn regular bonuses.

Eureka to Missoula.
NEXT!

Be the first to know and let us send you an email when Joe's Roadside Assistance & Towing posts news and promotions. Your email address will not be used for any other purpose, and you can unsubscribe at any time. 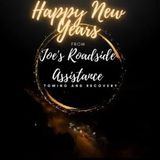 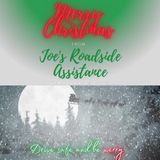 Going to the Sun in a tow truck 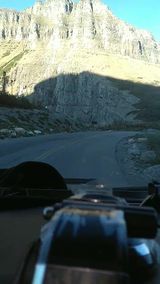 A little trip up Going to the Sun Rd. in a tow truck.

I was in a hurry to get out of the Trail Creek Port of Entry (Canada). The speed limit sign said 35, however, I failed to see the yellow Corner Ahead sign. WHOOPS! 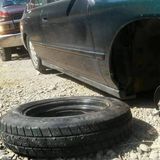 A few pictures from this week. 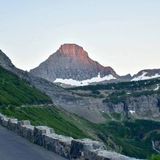 Lucky to live and work in Montana.

Other Emergency Roadside Services in Kalispell

Thank you for helping us get this Rolling turd out of the woods.
On July 4, 2018, my car battery died. It was pouring rain and I was out at a storage unit. I called different businesses I could think of and not one of them could help. Finally called a friend mechanic and he said I might want to call Joe's Roadside Assistance. Well, I am so glad I did!! He had an assistant come to jump my battery, then followed me to Costco and went inside so he could help carry the battery out. Then, in the still pouring rain, he installed the battery (and it was hard to do since it is quite hidden in my car). After all of this, he charged me $35!!! Couldn't believe such wonderful service!!
I had a battery problem one Sunday morning and I had to work and I had no one else to help me... for a 2001 dodge durango. I could not keep the car running after Matt charged the battery. He cared enough to go over and beyond regular expected customer service and that is so hard to find anymore and especially in a younger person these days! He is a real treasure for anyone associated with him! I hope he never loses those qualities for no one seems to have those moral ethics and traits, or Integrity, anymore these days! I do not want to get him in trouble but I want you to know the extra stuff he went out of his way to do. The weather was bad and extremely cold and the roads were bad too. He cared enough to call for further suggestions and advice about the battery and the car not running after charging. It was suggested to hold the gas pedal down till the temperature warmed up on the engine. Well that was going to take forever! He found something to hold the gas pedal down, and then I found something that would work so he did not have to wait. But also I was out of gas and money and he added some for me which was another blessing! But he also had left at one point to head back to Kalispell, he called me back with helpful advice and suggestions after talking to Joe, and I had told him that the car quit and battery was still dead and I could not start it again... He came back and got it going and this time I waited a longer time, actually he helped me with this and did not leave until he knew it would shut off and restart! I am a single 55 year old woman with no one around to help me! This was so awesome!
Five Stars thanks Joe's towing!!!
Hello! I just want to express my appreciation to you guys and all that you did for me and my husband today! While I was at work, my husband had locked his keys in our car while at the hospital our 3 month old son is staying in. We have been going through such a hard tome with our baby boy being in the hospital and having surgery. We are from deer lodge, our son was rushed up here and on short notice and short funds. Things have been tight and highly stressful and this was just the icing on the cake! But your company was absolutely outstanding and very helping and understanding (even the cops wouldn't help us after we explained our situation) I will definitely only use this company for any future needs and I will highly recommend you to anyone who needs roadside assistance!!! God bless you all, thank you so very much!!!!!!!!!!!!!!!!!