Temp. Location Update! Starting July 2022, we will open our temporary location for scheduled appointments ONLY. Unfortunately, due to the size of our temp location we are not able to take any walk-ins currently. Please call or text Paty at 281-446-9491 to set up and schedule any repair work needed. As you can see from the photo the fire was so extensive & severe that ALL content had to be remove for repairs to begin. This has been an emotional 3 months for us & we thank you all for your patience, understanding and support.

On February 12th our building suffered a devastating fire.
We are currently in the process of trying to relocate to another facility while our building is being repaired. If you currently have a vehicle on our property, please contact Paty. The shops number is now on a cell phone line so you can text us as well. Please be patient and understanding, we will keep all our customers up to date on our future plans as soon as we know them. Thank you to everyone for all your love and support. Slater’s Auto Works is down but not out…we will see you all again very soon!!

Someone missing a cup?

Merry Christmas! From our families to your.🥰

This Christmas week was full of joy,wonderful treats, and great customers.
Mr. Edmonds Thank you!

Michael Sarver Thank you! You surprise us every year with something delicious...

Linda Cernosek These are to die for. Thank you so much.

We are hiring a top tier technician!!! Health insurance included!!! Monday thru Friday.
Apply in person, facebook or email resume to [Email hidden]

Why couldn’t the frog find where he parked his car?

Husband: “Honey, the neighbor is washing the car with his son again!”
Wife: “Poor kid! Go over there and tell him to use a sponge instead.”🤪
Be careful out there!

Always remember a bad attitude is like a flat tire.
You won’t get far unless you change it.👀

Why do camels blend in so well to their surroundings? They use camel-flage. 😂 Happy Friday! We are hiring a top tier technician!!! Health insurance included!!! Monday thru Friday.
Apply in person, facebook or email resume to [Email hidden]

We are looking for someone responsible that can work well with others. Must have your own tools and be able to drive all make and models. For more info call us at 281-446-9491.

We are hiring a top tier technician!!! Health insurance included!!! Monday thru Friday.
Apply in person, facebook or email resume to [email protected]

Our phones are not working due to the power outage we had this weekend. If you need to get ahold of us please reach out to us via messenger. Sorry for the inconvenience. Thank you for you patience.

Love Love Love our customers. Tacos are life! 😀 Thank you so much Janet and Tatiana.😍

Stay safe out there!😷

Slater’s Auto Works is closely monitoring ongoing developments regarding the Coronavirus. Our top priority is to help keep our employees and customers safe; we are disinfecting pens, countertops, restrooms and our lobby area. At this time we will continue our normal business hours Monday – Friday 8AM-6PM.

We have the best customers in town hands on. We appreciate all the love and support.

Happy Birthday to one of our service writers. Tess we wish you many more...

Happy Birthday Tess Song. We made this video for Tess on their special birthday day and we wish them the best birthday ever! If you're looking for someone el...

Plenty of filters to go around...😉

Be the first to know and let us send you an email when Slater's Auto Works posts news and promotions. Your email address will not be used for any other purpose, and you can unsubscribe at any time. 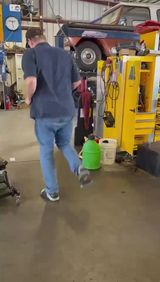 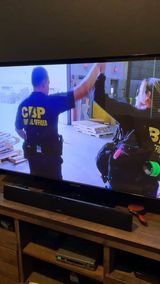 Our customers are literal STARS!! See Lucia Canales in the trailer for Locked Up Abroad! Everyone check it out. Wow - we are so impressed! 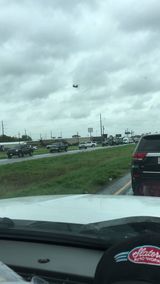 We are accepting flood vehicles at this time! This is Port Aurther Texas. The amount of help is unbelievable and so is the response to Harvey! Proud of everyone from literally around the country!!

First start up in a few years!! 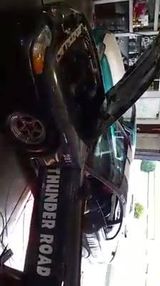 Other Automotive repair in Humble

Donna Cox Beveridge
The mechanics are well-educated and know what they are doing
Six young people involved in a fatal tragedy encounter their past & future selves. From a mental institution to ancestral lands of ancient warriors, Lament is a social action piece that takes us on an emotional journey of the heart & soul. Starring John Harmon, Abigail Marks, Kennedy Marks, Slater McEachern, Ayden Molina, Sarah Painter & Emily Wengenroth. June 8th & 9th - Red Door; The Woodlands.
Tickets online www.RDPVA.com
Voices is a dramatic journey of the young adult coping with insecurities and the power of words and their intentions. Behind every popular girl, runaway, nerd, bully, or weird kid there is a story rich with the voices of those who have formed, shaped, and molded their paths. May 4th & 5th & May 12th @ 7:30pm
The War of Wonder has ended & all the rabbit cities have been destroyed. Alice has finally arrived in Wonderland & gets a unique history lesson from Griffin as the Duke Jack Heart is about to stand trial for stealing the Queen's tarts. The caterpillars of Wonderland have been planning for this moment; the trial of the Knave of Hearts. Find out why the Oracles of Wonderland have taken such an interest in the events around Alice's Adventures in Wonderland.
Novemeber 3rd & 4th, 7:30pm
August 11-19, 2017, 7:30pm - Get your tickets today!!
Our rich history of Wonderland continues as we discover the secrets to the Hatter�s madness and learn about the War of Wonder wherein the Red Queen wages war against the Rabbit cities of the north. Secret prisons, mushroom-potions, & ancient caterpillar prophecies weave a complex story within the established Alice legend as Part Two: The Madness dives into the early days of Alice�s arrival in the land of wonder.
www.thereddoortheatrecompany.com
Unbelievably bad. I'm still finding things wrong. I had the wiring harness replaced and am still finding things that don't work. Gas gauge, speedometer, clock don't work. They did when I brought it in. They replaced parts without prior authorization. Brought it in with working breaks and picked it up with no breaks. Stay away.
x

Other Automotive repair in Humble (show all)