www.gulfcoastcorvette.com We are a new and used parts supplier for Corvettes from 1953 to present, featuring one of the Texas suppliers' largest parts inventory. 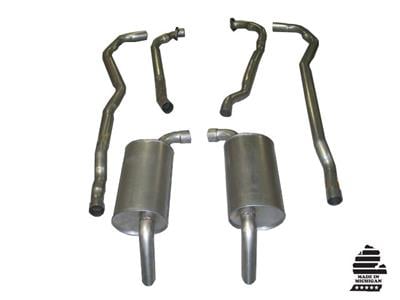 Good day all you Vetters.
We have two overstocked exhaust systems.
We purchased for a customer, he decided to go another way and evidently, we ordered two by mistake and we didn’t cancel the shipment in time.
They are a 74 L82 automatic dual exhaust systems.
They will fit from 1969 to 1979. The difference is in the mufflers on the 1969 to 1973.
The 75-79 uses the same transmission crossmember so, they will accommodate the dual intermediate pipes. We can offer these at a substantial discount from the current pricing.
These systems are retailing over $700.00 at some outlets. You can get them at last year’s pricing plus an additional discount, and we will eat shipping that we paid if you pick up at our store.
Or we can ship them, to you for an additional fee.

Pat Smith sent us this. It's way cool.
https://www.msn.com/en-us/autos/enthusiasts/1954-chevrolet-corvette-concept-car-uncovered/ar-AAW6C2Z?ocid=msedgntp&cvid=b583d739f85a4d5dea2fe0bcdaa2395c

This car is a true piece of history. 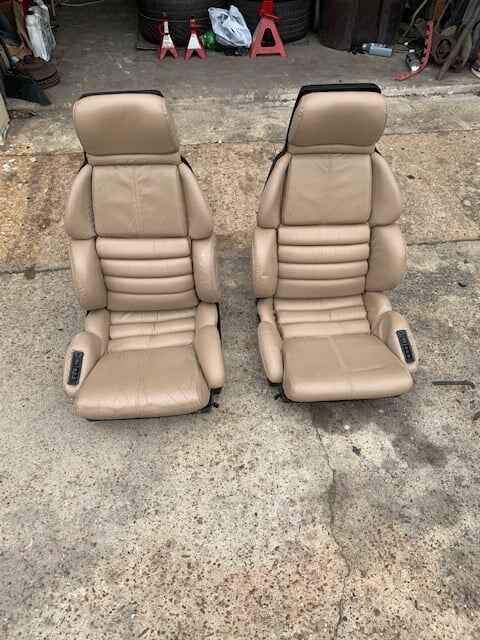 A customer brought these for us to sell for her.
2012 Grand Sport wheels.
Tires are serviceable, but need replaced.
No curb rash.
Sold car and wants them out of her way.
795 or make reasonable offer.
800-546-2111

This looks like a great idea. Makes a clean bay. 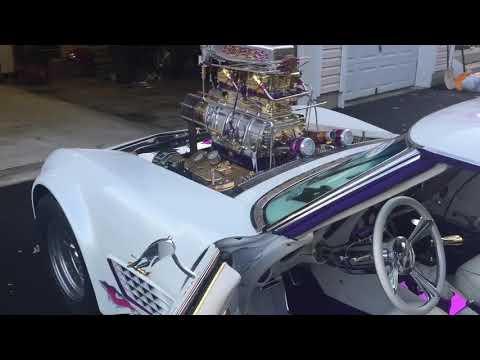 Winners please contact us in the next 30days to accept your virtual Gulf Coast Corvette gift certificates.
We will apply the GC to a phone or walk in order.

Thanks to all who participated.

Good day everyone. WE ARE OPEN for business.
We hope you are all safe and healthy.
We are going to have a virtual car show. We want everyone to post photos of their sweet rides. They do not have to be Corvettes, but it would help. We will be giving away a $25.00 gift certificate to the cars that get the most likes in their class. C1 through C8. The car with the most over all likes will receive an additional $50.00 gift certificate.

Please post photos in the thread on the Gulf Coast Corvette Page. We will not count posts on the shared links. It would just be easier. Thanks.

Please limit your posts to two photos. We will use only count the photo with the highest number of likes.
Non corvettes are not eligible for the $50.00 gc.
Here are a few of our rides. Please have fun with this. Thank you for participating.

Posting and Voting will close Saturday night at midnight CST.

We sell a lot of C5 AC controllers. Not always the issue. Check out this article.

Replacing the blend air door actuator on a C5 Corvette.

In “Winning”, Newman played Frank Capua, a struggling race car driver who must turn around his fortunes by winning the biggest race of them all--the Indianapolis 500--and in the process avoid losing his wife (played by Newman´s real-life spouse, Joanne Woodward) to his biggest rival, Luther Erding (Robert Wagner). Newman and Wagner attended racing school to prepare for their action scenes, and Newman reportedly performed many of the racing scenes himself, without a stunt driver.�Three years after making the film, Newman launched a racing career of his own, driving a Lotus Elan in his first Sports Car Club of America (SCCA) race in 1972. In the mid-1970s, he joined a racing team, and they finished in fifth place in the 24 Hours of Daytona in 1977. Newman´s personal best finish was second place in the 24 Hours of Le Mans in 1979; he drove a Porsche 935. Newman co-founded a racing team (now known as Newman/Haas/Lanigan Racing) that would compile a record of more than 100 wins on the Indy racing circuit from 1983 to 2008. Newman remained an active competitor in endurance racing, making his last start in 2006 in the Rolex 24 at Daytona International Speedway. He died in September 2008, at the age of 83, after a battle with cancer.

We would like to wish everyone a Merry Christmas and Happy Holidays. Hope everyone has a happy holiday season. This video Will show you how to remove and replace your telescopic or standard sunvisor on a 1978 to 1982 Corvette. When installing your spring clip, it may ...

Here is a link to our YouTube channel. Subscribe and you can select to or not to receive updates as we add videos. Every subscriber helps. Thanks. 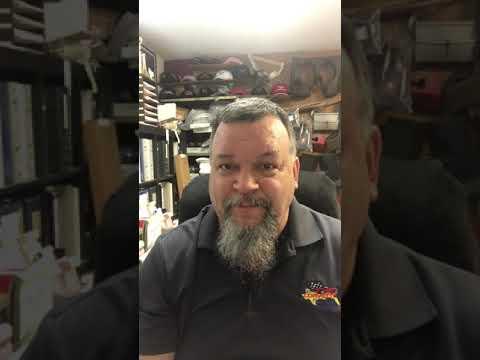 Something new we are trying. No service videos as yet, but I will be starting them next week.

Noted Corvette restoration expert Ken Naber passed away on November 1. He and his younger brother Gary operated Nabers Motors in Houston, Texas since 1963.

So, we are tearing down a 1980 rolling chassis and found an issue with the parts. Can you see what we see?

Hope everyone has a great Mother’s Day today. Take out the car and enjoy the beautiful weather if you can.

Just want to let everyone know, we will be having an unbelievable sale at the end of February. EVERYTHING in stock will be shipped at no charge and no shipping on ALL orders placed on February 29, 30 and 31, 2018. 😉

Want to own a Pimpin Lincoln built on Fast and Loud? Customer has to part with it to make room in the garage. Hit us up if interested.

This is really cool.

In early 1961, Chevrolet was testing the fastback design for the upcoming Sting Ray Corvette. This snapshot shows a styrofoam mockup of a fastback shape that had been attached to a production '61 Corvette. Since this testing took place many years before GM built its' own wind tunnel, the Corvette team must have bought time in one of the existing tunnels or tested the shape outside at GM's Milford Proving Grounds.

Check out this new product. Mention you saw it here and it will go out with free USPS shipping in the US.
https://www.gulfcoastcorvette.com/store/product/198-corvette-nose-emblem-2014-2018.html

Be the first to know and let us send you an email when Gulf Coast Corvette, Inc. posts news and promotions. Your email address will not be used for any other purpose, and you can unsubscribe at any time.

Other Cars in Humble