A token of appreciation from our customer.

Thank you for trusting our service. It's been a pleasure to be able to assist you in the sales of your vehicle.

A token of appreciation from our customer.

Thank you for trusting our service. It's been a pleasure to be able to assist you in the sales of your vehicle.

Powerful And Fuel Efficient Grey Sporty Hatch Only At $780 Monthly!

Tastefully Done Up Sporty Hatch With Supercharger. Not The Usual Under Power 1.2L 77BHP Unit!

☎️Contact Our Experience Sales Executives to find out more!

☎️Contact Our Experience Sales Executives to find out more!

SINGAPORE: Certificate of Entitlement (COE) premiums closed mixed on Wednesday (Jan 6) in the first bidding exercise of the year. For Category A ... 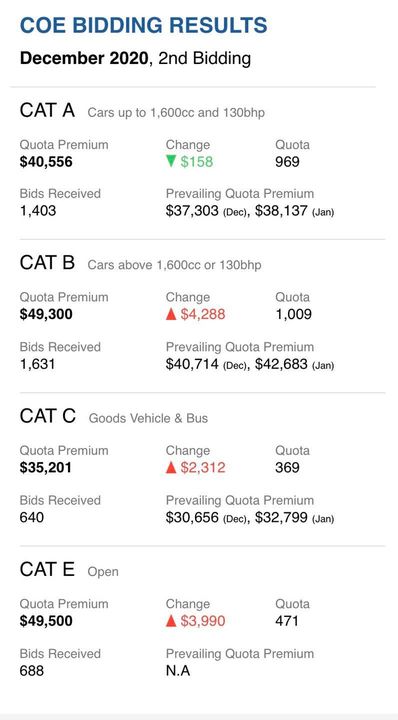 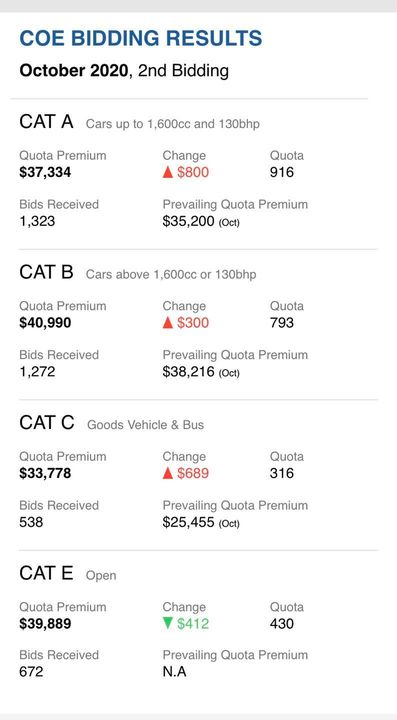 SINGAPORE — Certificate of Entitlement (COE) prices closed mostly higher at the end of the latest bidding exercise on Wednesday (Sept 9).

Hyundai name Its Electric Car “Ioniq” Into A Sub-Brand

HYUNDAI TO PRODUCE ELECTRIC CARS IN SINGAPORE — The vacuum left by Dyson has been filled. Hyundai Motor will make electric vehicles (EVs) at a plant in Jurong slated to be up and running by 2022.

The South Korean carmaker's choice to pick Singapore as a manufacturing location is an unprecedented one.

"It is the first time we are picking a country which does not have a car manufacturing industry," an insider said.

Mr Teo Hock Seng, executive chairman of Hyundai distributor Komoco Motors, said the manufacturing of EVs here is a significant milestone. "For us, the most important thing is Hyundai will be made in Singapore," he said.

He added that plans for the plant germinated four years ago, during Komoco's 30th anniversary. High-ranking executives from Hyundai came and met Ministry of Trade and Industry representatives.

"They talked about autonomous vehicles," Mr Teo said, adding that the Economic Development Board (EDB) then followed up and "encouraged Hyundai to invest in a smart factory in Singapore".

Hyundai will start with an electric compact crossover, which sources say might be called the Ioniq 3.

Groundbreaking for the plant in Bulim Avenue is slated for October.

The plant will be within a 28,000 sq m Hyundai Mobility Global Innovation Centre, which is a multi-function facility that will carry out R&D and training, among other things.

Construction was supposed to have started in May, but has been delayed by Covid-19.

The facility will be a modern complex with swathes of solar panels, and will be a test-bed for highly-automated, data-driven "smart manufacturing".

Hyundai is also expected to team up with local partners, such as universities, to carry out hydrogen fuel cell and autonomous driving research.

Without being specific, the spokesman said the facility will create "hundreds of jobs". He would not reveal the investment sum.

"Attracting quality investments arising from these emerging trends is part of our strategy to grow Singapore's mobility ecosystem.

"This will not only create exciting job opportunities for Singaporeans, but also benefit adjacent industries which are already well-established here."

This week, Hyundai announced that it will launch a range of numerically named EVs under the Ioniq brand name.

The first will be the Ioniq 5, a mid-size crossover based on the concept 45. It will be launched early next year.

The Singapore-made car is expected to be the yet-to-be-announced Ioniq 3. More details are expected in October.

British home appliance maker Dyson announced in October 2018 that it would make electric cars in Singapore, only to pull the plug on the venture a year later.

SINGAPORE — Certificate of Entitlement (COE) prices closed mostly lower at the end of the latest bidding exercise on Wednesday (July 22).

Latest COE Results After It Was Suspended For Months

SINGAPORE: Certificate of Entitlement (COE) premiums closed higher across the board on Wednesday (Jul 8) in the first bidding exercise since ...

SINGAPORE: Certificate of Entitlement (COE) premiums closed mixed in the latest bidding exercise on Wednesday (Sep 18). For Category A cars, or ...

COE premiums rise across the board, Cat A price jumps $6,000

SINGAPORE - Certificates of entitlement (COE) ended higher across the board at the latest tender on Wednesday (August 7) as a smaller quota kicked in.. Read more at straitstimes.com.

VEHICLE buyers will be in for a sizeably smaller supply of certificates of entitlement (COEs) for the August-October quota period, in line with a record number of motorists who have extended the lifespan of their old cars this year. Read more at The Business Times.

CERTIFICATE of entitlement (COE) prices ended mixed in a tender marked by new car launches and an unexpectedly bigger supply in the main car category. Read more at The Business Times.

COE prices down except for Cat A; Cat C lowest in two years

Certificate of entitlement (COE) prices continued to drop in the latest tender, except for Cat A premiums which went up. In the results released yesterday, the Cat A premium went up by $3,009 from the previous round, going past $30,000. The premium for cars up to...

Will next COE rise?

[SINGAPORE] The plunge in the certificate of entitlement (COE) prices at the tender on Thursday (May 23) lured prospective buyers to car showrooms over the weekend. Read more at The Business Times.

COE prices fall across all categories after May 23 bidding exercise

SINGAPORE — Certificate of Entitlement (COE) prices fell across all categories at the end of the latest bidding exercise on Thursday (May 23).

New Tires Front or Rear - What Do Tire Experts Recommend?

Replacing 2 new tires, should be fix at front or rear?

http://autosquad.com At AutoSquad, we often get asked, "Can I buy two new tires instead of four if 2 of my 4 tires are good and if I only buy two will they g...

Certificate of entitlement (COE) prices ended mixed at the latest tender yesterday, as bidding showed signs of losing steam on the back of continued weakness in the retail market.. Read more at straitstimes.com.

Be the first to know and let us send you an email when Car Buddy Pte Ltd posts news and promotions. Your email address will not be used for any other purpose, and you can unsubscribe at any time.

Super car powered by salt water! When can we have this in Singapore?

Civic Type R or Focus RS ? Tell us your vote

Other Car dealerships in Singapore