Compass Motors (Mazda/VW) is your one-stop shop for great vehicles, modern showrooms and terrific service in a hassle-free environment. Come see us!

Our service hours are Monday - Saturday 8am - 5pm with a courtesy 24-hour drop box. While appointments are strongly encouraged, walk-ins are always welcome. We look forward to serving your automotive needs.

We are moving pages! Follow us on our new FB pages and you’ll be entered to win one of 5 free oil changes between now and December 31!

Who do you need to follow?
✨ Compass Volkswagen
✨ Compass Mazda

Compass Motors updated their info in the about section.

Compass Motors updated their info in the about section.

Your search for a sporty and classy SUV ends here! Check out the 2021 Volkswagen Tiguan SE with 4MOTION® now available at Compass Volkswagen in Middletown, NY!

In search of a reliable place to service your vehicle near Middletown, NY? Check out the service specials offered by Compass Volkswagen today!

Are you looking to purchase a pre-owned sedan near Middletown, NY, that will be within your budget? Certified Pre-Owned 2019 Volkswagen Jetta 1.4T SE is now available at Compass Volkswagen!

The wait is finally over! Now you can pre-book and reserve the all-new Volkswagen ID.4 here at Compass Volkswagen in Middletown, NY! Hurry!

Here's some #MondayMotivation to get your work week started!

The 2022 Jetta is expected to be available sometime in the fourth quarter this year, and it features a few solid updates!

We want to go over the 2022 VW Jetta and Jetta GLI engine options and specs that were recently announced by the brand.

Here's another dash of #WednesdayWisdom to help usher in the rest of the week!

The new VW Taos gets some kind words from Car and Driver!

Nearly as large as the Tiguan, the Taos is an attractive new entry point for VW's crossover lineup.

We still have a bit of summer left! Whatever you do to spend your time, be sure to still be safe!

From ziplines and water slides to helicopter tours and caves, these local experiences are the perfect way to end summer on a high note.

The view from behind the wheel of the 1967 VW Type 2 21-Window Bus was fantastic! #ThrowbackThursday

Here's some #WednesdayWisdom to help usher in the rest of the week!

We have a great selection of new Volkswagen models for our customers, but we also have a large selection of pre-owned vehicles as well, like this 2018 Tiguan. Are you interested? Stop in today!

Looking to find a new Volkswagen or a quality pre-owned car this weekend? We're open on Saturdays, so stop in!

Have a nice weekend, everyone! Take good care of yourselves.

Remember when the VW Golf was called the Rabbit? This one's from 1984! #ThrowbackThursday

Pricing info for the 2022 VW Tiguan has been released! Read more: https://www.compassvw.com/blog/2022-vw-tiguan-prices-by-trim-level/

Let’s take a closer look at the 2022 VW Tiguan prices by trim level to see what you can expect when it is released this year. 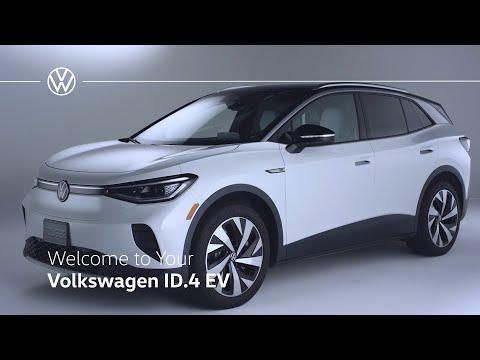 Get an in-depth look at the new ID.4!

An introduction to the 2021 Volkswagen ID.4 and overview of select features and functions.0:00 Welcome to Your Volkswagen ID.40:18 Keyless Access0:46 Seat an...

Here is a bit of #MondayMotivation to get you started for the week!

Shop Local for Back-to-School Season in the Hudson Valley

It's that time of year again! Here are some ideas for purchasing school supplies from local businesses.

Take a pass on department stores and visit the Hudson Valley’s well-stocked shops for pencils, notebooks, and other back-to-school supplies.

A lot has changed in 20 years! Here's the 2001 Volkswagen Passat for your #ThrowbackThursday

Every day is a new opportunity! #WednesdayWisdom

Read about some of the wonderful features you can experience when you get behind the wheel of a new Volkswagen Passat!

The 2021 Volkswagen Passat in Middletown, NY is loaded with luxury features, including all your favorite technology and comfort options.

Are you a family on the go? We know you will love the 2021 Volkswagen Atlas - the focus of this #FeatureVehicleFriday at Compass VW! #Friday #vw #Volkswagen

Be the first to know and let us send you an email when Compass Motors posts news and promotions. Your email address will not be used for any other purpose, and you can unsubscribe at any time.

Send a message to Compass Motors: 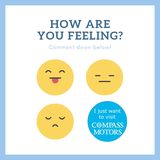 How are you feeling today?

It's always important to take stock of how you're feeling at any given moment. Let us know in the comments below which of the options below best fits your current mood. If you'd like to stop by to see what's in our showroom, you can make an appointment today by calling, 845-344-4440. 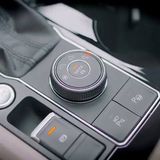 Explore All Year Long in the VW Atlas

The VW Atlas gives you a reason to explore, no matter the season! (🎥: http://bit.ly/2ouscMt)

To the dads who are always there to lift us up, Happy Father's Day! (Source: https://youtu.be/OB017ZnBBfI)

Kodo Design is the moment energy becomes motion. Mazda cars are that moment brought to life.

The new Mazda MX-5 RF is more than a car; it's the feeling of driving a work of art. (Source: https://youtu.be/r6U2mIoT0es)

Is there a new Volkswagen four-door coupe in our future? (Source: http://bit.ly/2gDsgX8)

Tons of cool cars, people, prizes and a fun ride in a Lotus Elise Supercharged! Skip Barber Racing School brought their first ever Madza 3 sponsor car which we will be showcasing in our showroom. Stop by to check out the car and enter for a chance to win a free race day at Lime Rock Raceway with Skip Barber Racing!

Other Car dealerships in Middletown

Unfortunately, the service after the sale has been suboar to say the least. The salesman was awesome. However, it's been almost three months since I bought the car and I still don't have the registration or title. I've emailed and called. I had to wait over an hour on the phone with the DMV for them to tell me that Compass hasn't submitted what they need to submit. When I contacted Compass they told me it was the way my insurance company listed my name. However, I've bought three cars since From two other dealerships and I have what I need. I am hoping that Compass will do what they are supposed to do and finish the entire sale process.
And at once its crashing in on me 😭 6
I bought a 2016 Mazda CX9 in October. Unfortunately i bought it with brand new PSAS1 tires. Which sadly are very poor quality and handle very poorly in our area. After almost crashing my car into a electric pole. Skidding on 2 inches of snow. And then almost crashing into an oncoming car. I went and replaced them with something that handles well in bad weather. This is not necessarily the dealerships fault. They are just saving money. I should have researched the tires myself. But why would someone put tires on a car that they wouldn't put on their own car? So don't let them put these tires on your car.
one place talk to sales person asked him to send me information on the cars i was interested in volkswagen sales never got it second chance for them to sell me a car but that not going to happen worst sale force ever!!!!
Before I checked out Compass, I looked for the best deal on a TDI within a five hour radius of where I live. Don't make the same mistake I did, go to Compass first. I was super impressed with their salesman, Justin Brooks. He was very helpful, but not pushy. He convinced me to give Compass a try. However, what turned me into a loyal Compass customer was their service advisor, Jeff Traverso. My experience at Compass has been a 10 out of 10!
I wouldn't go here for anything not even an oil change they are not honest!!! They also use false advertising stating they STAND BY THEIR WORK when they absolutely do not! I have spent easily 10K at this location been loyal since I started driving a V.W. My alternator went a while back spent roughly $2,300 to get it fixed. Got my car back and my radio wasn't working. I have complained every time I bring my car back for any service I have to get done. I'm nice about it, civil and they blame me for it refuse to fix it. They obviously know that I don't have the tools and equipment or knowledge to even get that far to damage that part. I think it's absolutely unacceptable and unprofessional. The world knows Volkswagen is untruthful about there products but it's not the customers fault so the customer shouldn't be the target for their attempt to regain the money they lost!!!
Good morning mr. Wagner. About 2 weeks ago i came to compass because the car that u guys sold me last year is a absolute peice of junk. One of ur former employees ( tony monti ) lied threw his teeth about this car (2013 for focus ) i was told it was never in a accident, i come to find out that it was in a serious one. The horn doesn't work, i have changed the clutch two times already, bearings and the stearing rack. The car has less then 60,000 miles on and i have already but over 5k to fix it. When i called about the stearing rack i was hoping that ur company would do something, anything at all but not only did u guys not help me but u tried to over charge me. U guys took advantage or tried to of a really bad situation. Healy ford in goshen quoted the work to be 400$ cheaper then compass motors. I will be going ahead with my appointment with times Herald record, channel 6 news, and channel 7 news is also send someone out two interview me and two other people compass motors took advantage of. I will be putting fliers, eventually some protesters outside ur ur buisness, but not on ur property, i have also been contacted by two lawyers that are ver interested in talking to me about this, this could of all been avoided if compass would of worked with me but instead of trying to line your pocket with more money ( by the way i was told and in writing that this car should of never been sold or even pass inspection )
Ur prolly going to erace this. you guys are a bunch a crooks. I have a car that even ford said that should of never been sold to anyone or pass inspection. The stearing rack is completely rusted out, i have changed the clutch twice in less then a year. You know what i was told about this ? Oh well! Thats what i was told buy your company. I already have a appointment with the times herald record because they are very interested in my story amd i do have all the paper work to prove everything i will also be contacting other forms of media including and none very important one that's very interested. Oh yea horn doesn't work. Oh yea last thingninfound junks yard parts on a car that round 30,000 miles on. If u would like ro fix thia please contact me.