Four locations to serve all DeLorean owners and enthusiasts! Texas - Florida - Illinois - California DeLorean Motor Company (Texas) and our affiliated dealers are the largest sources for new, original and reproduction DeLorean parts in the world.

We also offer a complete line of accessory and gift items for owner and owners-to-be. Our facilities have the largest capacity to service and restore DeLoreans to show winning or daily driver status. In addition, we offer a complete line of performance upgrades, designed for DeLorean cars. If you don't yet own a DeLorean, we offer certified pre-owned DeLoreans, as well as newly built DeLoreans to your specification.

You asked. We listened. We're counting down to the first complete look of the all-new DeLorean.

Sign up for exclusive early access on Delorean.com to see the car 24 hours before the general public on May 31st. #DeloreanEVolved

Let’s clear things up a bit. The next generation of DeLorean is coming into focus August 18, 2022. For more information read the press release here: https://prn.to/3NKU7Uy

Official teasers on April Fools’ Day never made sense to us either.

Italian design enhancing American ingenuity. With a partnership that has spanned over 40 years, DeLorean and Italdesign will once again create an icon. On August 21 at the famed Concept Lawn at Pebble Beach, DeLorean will not only showcase the most anticipated vehicle of the year, but will introduce 3 reimagined vehicles that span the last 40 years. “We will tell the world not only what’s next for DeLorean, we also will show you the evolution of our designs for the last 40 years” said Troy Beetz, CMO of the new DeLorean.

Click on the link to read more about our partnership with Italdesign. https://www.italdesign.it/the-future-was-never-promised-today-it-is/

The future is upon us.
Experience the next generation DeLorean at the global reveal.
2022 Pebble Beach Concours d'Elegance | Concept Lawn.

DeLorean, Reborn as an EV, to Debut at Pebble Beach This August

Thank you Car and Driver. We appreciate the vote of confidence and will deliver on our promise of a modern day vehicle.
#DeloreanEVolved

The new DeLorean will share the basic spirit of its '80s kin, but none of its mechanical bits.

The Future was Never Promised

Welcome to the future. Universal luxury reimagined.
Sign up for the premiere of the DeLorean in 2022.
DeLorean.com

Just a few days left to bid on this most excellent DeLorean Time Machine replica at Bring a Trailer!

The @Ethernity x DeLorean Motor Company drop, with artworks from @riocam and @blunt_action, is now LIVE!!

Check it out at https://www.ethernity.io 🚘🔥

2021 marks the 40th anniversary of the start of DeLorean production - this new shirt is a wearable way to commemorate the event now and in the future!

#carweek Welcome to Petersen Car Week 2021 presented by @Michelin. For day 1 pt. 1, we explore the collection of the @Audrain Museum Network with Donald Osbo...

The Special Edition 40th Anniversary NFTs end tonight at 8pm ET! Place your bids now to own one of these incredible pieces of art, a chance to win a fully restored DMC-12 and to have your name on the list for the hotly rumored but not confirmed, impossibly possible DeLorean redux! DeLorean40NFT.com

Tonight at 8pm ET we will find out who the winners are of the 40th Anniversary NFT Collection auctions! Which NFT is at the top of your list? Learn more and bid now at DeLorean40NFT.com

Time is running out to place your bid on our 40th Anniversary NFT Collection auctions! Auctions will begin to wrap up tomorrow at 8pm ET! DeLorean40NFT.com

The Special Edition 1981 ‘The Start of It All’ NFT celebrates the first production of the DMC-12 completed on January 21, 1981. The lucky winner of this NFT will claim both a spot on the DeLorean waitlist for the hotly rumored but not confirmed, impossibly possible DeLorean redux. Learn more about this Special Edition NFT and the whole collection at DeLorean40NFT.com

The crown jewel of the NFT collection is a Special Edition 1-of-1 DeLorean 40th Anniversary Montage NFT that comes with an original DeLorean fully restored by the DeLorean Motor Company. This will be the first NFT offered with an actual motor vehicle. Built in 1981, this DeLorean comes restored, inspected and ready to drive with rare features including a grey interior, an automatic transmission, and an affixed one-of-a-kind 40th Anniversary DeLorean steel tag. The auction is now open - learn more about this Special Edition NFT and the whole collection at DeLorean40NFT.com

We are celebrating the 40th Anniversary of the DMC-12 with a collection of 1-of-1 NFTs designed by the legendary MADSTEEZ. These works of art tell the history of the company by highlighting notable moments and include one-of-a-kind physical items and experiences such as a fully restored original DMC-12, or a DeLorean Edition Super-73 Electric Bike or an original and rare Back to the Future movie poster. The auction is now open and ends Sunday night. To learn more about the collection please visit DeLorean40NFT.com

The #DeLorean turns 40 years old this year! This picture was shot on January 21st, 1981, when the very first production car rolled off the assembly line...what better way to celebrate an icon of automotive history than a sneak peek of the (near) future? Stay tuned for more… #visionbeyondtime Italdesign

Due to the large number of visitors from around the US and abroad and out of an abundance of caution for our staff and fans, effective February 28, 2020, our showroom is closed to the public until further notice. Service work, parts order processing and our other work is carrying on as usual.

Take a virtual tour of our facility at http://www.deloreantour.com and order parts online at https://store.delorean.com

Looking for a quick gift for a DeLorean fan or yourself? This embossed notebook - designed to mimic the original DeLorean sales brochure - will be sure to catch people's eyes. With a hardback cover and 120 dotted line pages for use either vertically or horizontally, the overall size of 8.25" x 5.25" makes it easy to carry in a backpack, laptop or messenger bag.

Orders on eBay from the link below to get FREE SHIPPING TO US ADDRESSES and a surprise piece of original DeLorean memorabilia, too!

The latest on the long road to low-volume manufacturing for DeLorean and many other companies...

This article confirms what we've been seeing (and saying) for many years...

John DeLorean took his share of hits over the years. He also helped make a few, including the car that bears his name. OK, so the DeLorean DMC-12 wasn’t an immediate hit. Many would say it was an epic failure. But it found its way eventually, and now it’s one of the hottest collector cars out th...

FRAMING JOHN DELOREAN is expanding to select theatres on June 28.

Visit the site to learn more about viewing the film online or purchasing tickets!

As John DeLorean, Alec Baldwin Revisits The Past Of A Car Made For The Future

In or near NYC? Don't miss opening weekend for "Framing John DeLorean" in New York at the IFC Center.

Below is a link to purchase tickets. The first two nights (6/6 and 6/7) will have special screenings with Q&A's by the directors, producer Tamir Ardon and Alec Baldwin.

Additional theaters will be added over the next few weeks, so check back often!

If you can't find a location in your area for the theatrical release over the next few weeks, please watch the film on premium VOD (iTunes, Amazon, etc).

The new film Framing John DeLorean explores the life and career of the controversial automaker. Baldwin believes DeLorean was a "tragic figure" and wonders about "what might have been."

On this day in 2005, John DeLorean passed away at age 80 of complications from a stroke. This photo of John with the original #delorean prototype was taken in the mid-1970s.

Beautiful day in the desert with a sweet #delorean today!

So many rad cars at RADwood in #austintx yesterday! Weather turned out great, crowd was awesome, super venue - do not miss a #radwood event when one comes near you!

That day when we got the cars out for some sun. #delorean #stainlesssteel #sunset

Order your gifts before you're out of time!

Unless you have a time machine, you can’t wait until the last minute on your DMC gifts! Get your order in before the dates listed below.

We've put up the #christmastree🎄 at #deloreanmotorcompany - how are you getting ready for the holidays?

Check the linktr.ee in our bio!

DeLorean Watches and more from DMC - look inside!

AutoArt has re-introduced their wildly popular 1/18 scale DeLorean in brushed silver. Exquisitely detailed and sure to appreciate in value.

Parts, Accessories and Service for the DeLorean automobile through our four locations, as well as the sale of DeLorean cars.

Be the first to know and let us send you an email when DeLorean Motor Company posts news and promotions. Your email address will not be used for any other purpose, and you can unsubscribe at any time.

The Future was Never Promised 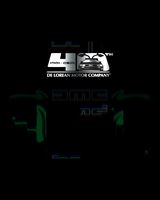 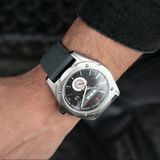 Now landed, three new DMC Watches. Because the inspiration from the DeLorean is never-ending: https://bit.ly/2rQbgTN 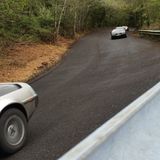 More of the #delorean cars on the old DeLorean Motor Company test track today as part of the DeLorean Belfast Reunion of former employees!

Here's a quick video taken from the passenger seat of a DeLorean going around the test track at the old DeLorean factory in Northern Ireland at the last DeLorean event held there in 2011.

A couple people have asked about the pens and how to change the ink cartridge, etc - here's a quick video we put together.

Disassembly of a DeLorean

Was reminded about this video we made at 2009, and realized that it wasn't pposted on our FB page - all the new fans since 2009, enjoy!

Our friends at Driver made us this video showing the DeLorean as featured in the new game...enjoy!

A view from the passenger seat for a lap around the old factory test track in Dunmurry, Northern Ireland. Thanks to Alistair Vanstone for the use of his car!

Gullwing doors offer a significant advantage in parking lot situations, as shown in this video by DeLorean owner Andrew Wells. John DeLorean knew this and believe that in addition to being an eye-catching feature of the car, they also offered practical value, as well.

Other Motor Vehicle Companies in Humble