Yale Automotive provides the best quality service to gain your full satisfaction. We want to be the facility you turn to for all your automotive needs.

At Yale Automotive, we provide the best quality service to gain your full satisfaction. For most people, auto maintenance and repair is not fun or convenient. We want make the process as easy and enjoyable as possible for you. From routine maintenance to complete over haul, Yale Automotive is here to handle all your automotive needs. Conveniently located in the Houston Heights, we offer over 30 ye

At Yale Automotive, we provide the best quality service to gain your full satisfaction. For most people, auto maintenance and repair is not fun or convenient. We want make the process as easy and enjoyable as possible for you. From routine maintenance to complete over haul, Yale Automotive is here to handle all your automotive needs. Conveniently located in the Houston Heights, we offer over 30 ye

Do your wallet a favor! When cranking the speed over 50 mph, keep your windows rolled up to reduce the amount of drag on the car.

Road trips can be a ton of fun or a total nightmare, depending on who's in the car. Who are your favorite people to travel with?

Whe'el let you in on a little secret: Under-inflated tires will both put more stress on your engine, and lower your fuel efficiency.

What one car accessory do you recommend to everyone you know?

Coexisting With Bicyclists: 10 Rules for Drivers

Share the road! Keep these tips in mind when driving near cyclists:

With more bicyclists on the roads, serious bicycle-car accidents are happening with increasing frequency. Here are 10 accident-prevention rules for drivers.

Feeling nostalgic today -- which city did you first learn to drive in?

Feeling the urge to take your car out on the open road? What's your number one road trip destination? 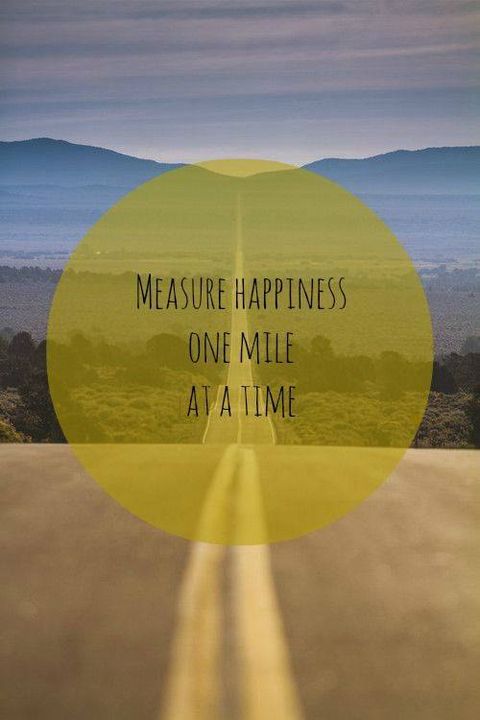 What road trips do you have on the horizon? 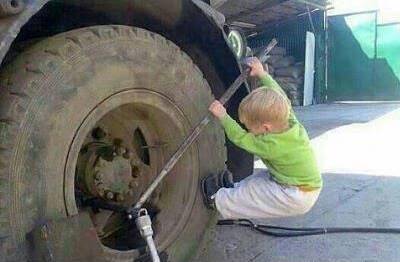 Let's face it -- sometimes DIY just isn't worth the struggle.

We all have one -- what's your biggest driving pet peeve? 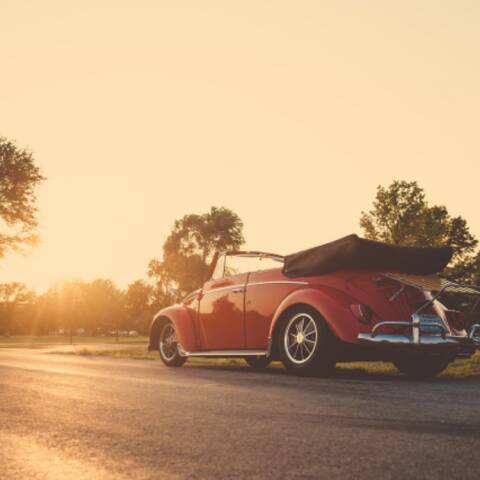 Who's gotten their kicks on this famous highway?

Cruising with Fido: Tips for a Safe and Fun Car Ride with Your Dog, Dog, Cat and other Pet Friendly Travel Articles

If you're taking your pup for a car ride, keep these tips in mind to keep you both safe on the road:

Most dogs love car rides. It's exciting to them to look out the window and watch the buildings, trees, and other cars whizz by. The wind and different smells

Think this is how Mark Zuckerberg drives?

Road tripping just isn't the same without a soundtrack! Do you have a favorite album, musician or song for long drives? 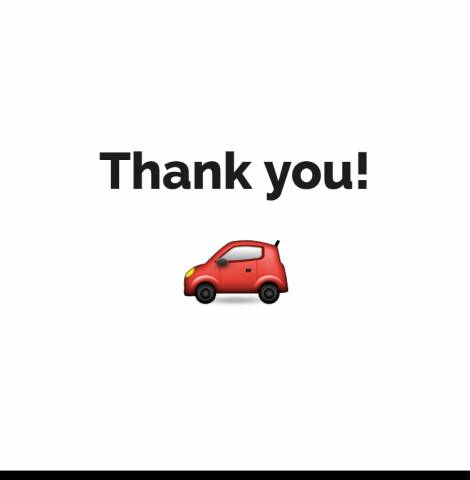 To anyone who's ever referred us to a friend, thank you! We appreciate the support.

When your tires are under-inflated, your engine uses more fuel to maintain speed! To save gas, checking your tire pressure once a month is a good practice.

What's the strangest thing you've ever seen out on the open road?

Sometimes it's all about who's riding shotgun. Who would you want in your passenger seat for a long road trip?

Speed demon's worst nightmare: In 1865, UK's Locomotive Act put in place a speed limit of 4 mph in open country and 2 mph in towns. So much for a joy ride! 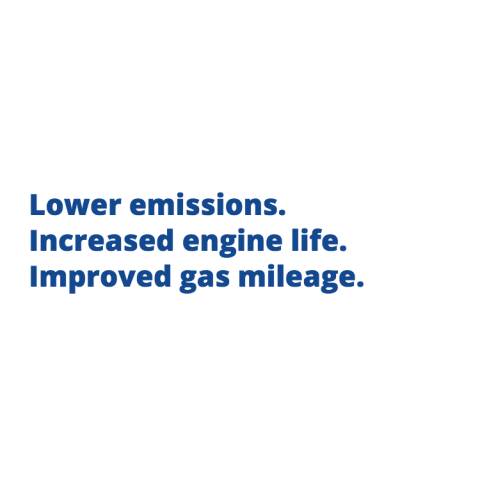 Wondering where all your gas is going? Double check that your gas cap is on tight. Loose or cracked caps lower your gas mileage.

VW beetles, a great shape to be in.

Wouldn't you ‘like’ to trade your commute for this scenic route?

When it's time for a long drive, would you rather sit behind the wheel or ride shotgun?

Trying to be a little more green when you drive? According to the EPA, abrupt stop-and-go driving harms fuel efficiency by 33%!

Do you use your garage as a parking spot or a storage space?

How To Recognize A Good Driver

How can you recognize a good driver on the road? Trick question! The very best drivers are the ones you never notice.

Our roads are clogged with tired, inexperienced, and distracted drivers, but there are a few people who know what they're doing. Jalopnik readers know how to spot those good drivers from a mile away.

Take an old engine, 11 months, 3,000 photos of the restoration, and what do you get? This cool stop-motion video:

Started out as just a collection of snaps as I stripped down an engine bought off ebay. (To replace my old engine, which had suffered catastrophic failure). ... 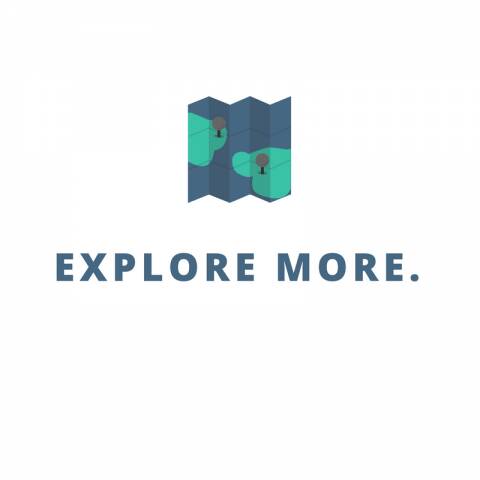 If you could hop in the car and go anywhere right now, where would you take a road trip to?

If you could take a road trip with any three people (famous or not!), who would they be? 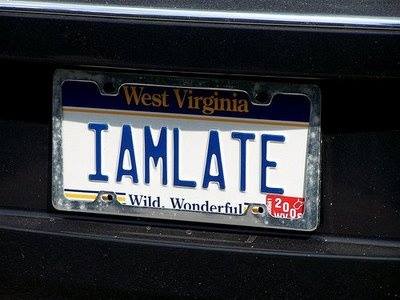 If you customized your plate, what would it say?

Fun fact: The rearview mirror was invented 101 years ago at the very first Indy 500. A riding mechanic used to have to watch for drivers!

Happy Mother's Day to the women who can do it all.

Be the first to know and let us send you an email when Yale Automotive posts news and promotions. Your email address will not be used for any other purpose, and you can unsubscribe at any time.

Send a message to Yale Automotive:

Other Tire Dealers in Houston

Hi Nick and the other guys from Paula, your old neighbor now in freeeeezin Minnesota! I will Never forget your kindness, Nick. You're a Great Person.
I recently put a new engine in my 04 Grand Am, being a mechanic myself I replaced almost everything i could touch during the rebuild. The one thing I can not do is charge a/c. I knew my system was good cause all worked before the engine swap. I took it to a random shop that said they do A/c however after waiting about 45 mins, I was told my A/c will work and it cost me 60.00. Ten minutes later my a/c was hot again. I called several shops to get estimates on how much it would cost to simply run a 3 stage fill on my Freon. I know that you have to recycle the Freon, put a vacuum on the system to draw out air, and you have to put the right amount of Freon in. Almost every shop used the "We need you to bring it in so our ASE certified tech can look at it." I would tell them as a mechanic I know my system is good and in working order, with the a/c clutch being on the brink. My wife called Yale Automotive, and asked for a quote. After explaining the situation to a very respectful, knowledgeable, and honest man, she was given a quote. About a month later she called again and spoke to the same gentleman, got the same quote, took her car in to have the a/c charged. Not only did they do the job right the first time, it still works and we were charged less than we were quoted. This is my go to shop for anything I am not able to do, or just won't do. Thank you all so much for the pleasant experience. The owners of the Red 2004 Grand Am and the husband of the rambling lady you spoke to!!!
Garrett and the guys here are such a blessing!!! Thank you SO much for always being there for my husband and I. We can always count on you to be reliable and fair. I can't even express how lucky we are to have found you!!