She's almost ready for her grand entrance on the market. 1985 #Volkswagen #Vanagon #Westfalia Full #Camper with super rare center swivel captain's chair and 85k original miles. Paint is all original and gorgeous. Lived in a Las Vegas garage it whole life...interior is immaculate. What a gem.

What do you get when you have a 2016 Suzuki Burgman 650 Scooter, a sexy leopard print body suit and Betty Jean Ezell ? The makings of a hot shoot! Click Click!

If Betty Jean Ezell wants to crawl up on the hood of one of my cars, no question, I'll take a picture of that with a big smile. Those are always good memory dents. lol

That's Just what was obvious in my inspection. You'll see all these in the highly detailed pictures as well. The car has it's original motor and transmission that are fully rebuilt and operated super well.

If that's not a get in and let's go for a ride invitation, I guess I wouldn't know it if it were staring me in the face. Always a fun shoot with stunning Betty Jean Ezell

I just couldn't decide which image to use with my ad for the 1967 Mercury Cougar... Betty Jean Ezell makes that decision a hard one every time.

Bought another super rare beauty today. This 2010 BMW 535i XDrive Wagon is about as hard to find as an honest politician. Way better than one too.

Bought this 2002 Mazda Miata Special Edition with 25k and just one owner.

When too much is too much on a car. #carfails

I'm excited to report that my 1986 Jeep Grand Wagoneer is currently featured on BaT Auctions! Check it out and please help me spread the word! https://bringatrailer.com/listing/1986-jeep-grand-wagoneer-2/

Bid for the chance to own a 1986 Jeep Grand Wagoneer at auction with Bring a Trailer, the home of the best vintage and classic cars online. Lot #8,257.

I don't even know how I can say that this image has Kim's 2008 #Nissan350Z #Nismo Modified car in the background. I can't get past Kimberly Prince-Williams. KandiePhotography

I always love shooting with Kimberly Prince-Williams. This particular car was her own car. 2008 #Nissan350Z with a ton of #Nismo modifications and only 5800 miles on it when we bought it for her, now 14k miles on the car and it still can't come close to looking as good as Kimberly does. She's sad to see it go, but her new hot looking 2014 Lexus GS350 F-Sport is going to take this car's place in the garage. KandiePhotography

When I see a Bug for sale, it brings back a lifetime of memories for me.

Be the first to know and let us send you an email when Viva Las Vegas Autos posts news and promotions. Your email address will not be used for any other purpose, and you can unsubscribe at any time. 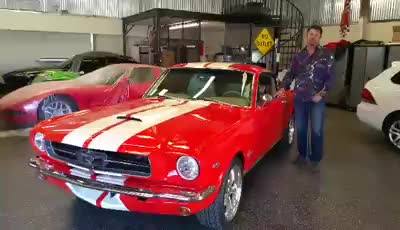 Our 1965 Ford Mustang Convertible GT 5spd lookin' as good as they come.

Kendal Kroll Operates the top on our 1963 Lincoln Continental Convertible

One of our very favorite cars goes away today as the transporter goes to load it on his enclosed truck. Headed to its new owners in Maryland.

this car is curently for sale on our eBay site. It's a really nice vehicle. I like it a lot.

Other Cars in Henderson

Hiii there, very nice cars here, greets from Canada, thanks for like, dude.