For the Bavarian car lover in us all.

For the Bavarian car lover in us all.

Today we do 4Runners

Today we do 4Runners 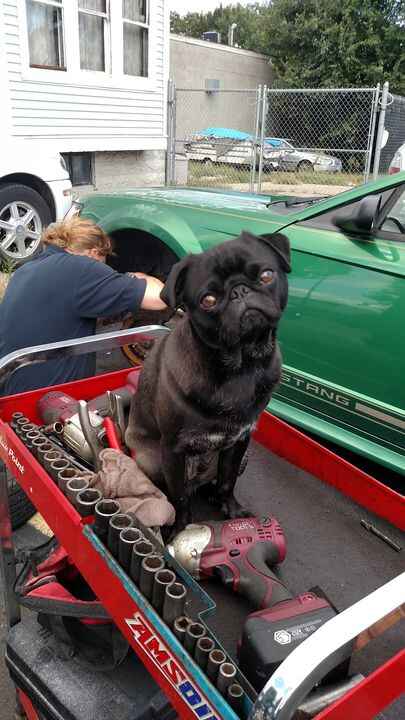 Hope I pass the inspection.

Hope I pass the inspection.

The cleanest old Chev I have seen. Pictures don't do it justice.

2 years ago today I lost a friend boss and father. 2 weeks later a customer dropped off this letter. It sums up how he ran his life and his business. My only hope is he is proud of how things are running today. So a big Thank You to anyone who has ever blindly trusted Ritzes over the years.

I just found out about Bob's passing. I can't tell you how sorry I am.

I moved to The neighborhood in 2003 and discovered Ritze's shortly thereafter. As you know, I have zero mechanical ability and I always felt at the mercy of the mechanic - it led to high bills and strained relationships. I was hoping better at Ritze's.

In the beginning I used to wonder why Bob never called me to check on repairs you planned to make or to tell me when it was done. The other places call you and tell you they need to do "this and this and this" . They request your permission to spend their money.

After a while I realized this was a good quirk of doing business at Ritze's. Those other places call because they are up selling. Bob did business in an honest way. If you needed it, he would put it on your car. No need to call. He was asking that you trust him and, after a number of times telling you guys that I needed something fixed and you telling me I didn't, I really did trust Ritze's. It is a return to times when business was done with a handshake. I like that.

I even quit calling to ask if my car was done. I just showed up. I knew Bob would call if it was going to take more than a day. Otherwise, it would be waiting for me.

I've told a dozen people over the years about Ritze's. Hopefully, some of them have made their way to your shop. I even have my father-in-law to try to time his repairs when he comes in from Milwaukee so he can get them done at Ritze's.

Bob was always a stand up guy, just like you two. For a guy who knows nothing about cars, I can't tell you how much a relief it is to deal with people like you.

I read many good things that people said about him in the online guest book. I didn't know him well, but my interactions with him always gave me a feeling he was a regular, down to earth great guy. my wife said the same - in fact , she might like you guys more than I do.
I'm sorry for your loss. Hang in there.
~
Brian

Had a special visitor yesterday. Didn't have our mail orders though.

Had a special visitor yesterday. Didn't have our mail orders though.

49 Mercury Coupe we had the pleasure of working on.

Be the first to know and let us send you an email when Ritze's Auto Service posts news and promotions. Your email address will not be used for any other purpose, and you can unsubscribe at any time.

Other Automotive repair in Cincinnati

If you want honest work done at a reasonable rate I can't recommend this place enough! Craig Jeff and Lindsey are top notch. Feel like family every time I visit. I will never go anywhere else.